A Cardboard VR app featuring the sanctuary of the First Presbyterian Church in Stamford, Connecticut.

Founded in 1854, the First Presbyterian Church commissioned noted architect Wallace K. Harrison in 1953 to design its present structure. Harrison was both a contributing architect and coordinator of such major public buildings as the United Nations, Rockefeller Center and Lincoln Center. The structure, which was completed in 1958, is thought to be one of the finest examples of religious modern architecture along with those designed by Le Corbusier, Philip Johnson and Frank Lloyd Wright. Its reinforced concrete and stained glass walls are formed from more than 20,000 individual chunks of inch-thick glass – a stained glass technique called “dalle de verre.” The stained glass design on the right side of the church’s sanctuary suggests the story of the crucifixion and on the left, the story of the resurrection. The stained glass in the narthex or rear of the church displays symbols of communion and peace. Although not intentional, the church’s sanctuary has been likened to the form of a fish in both profile and floor plan – a symbol used in early Christianity.

This app works with Google Cardboard and most Android mobile phone devices.

For those who are new to Google Cardboard, it is a virtual reality platform that uses a relatively low-cost cardboard or plastic viewer in conjunction with a mobile phone device to create an immersive experience.

Do not use this app while driving, walking, or otherwise by being distracted or disoriented from real world situations that prevent you from obeying traffic or safety laws. 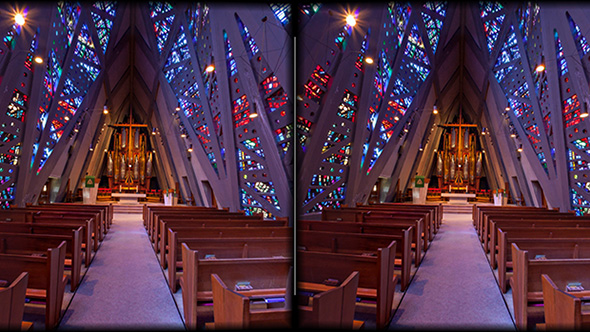 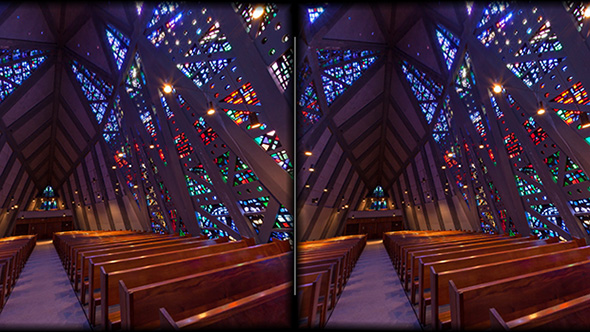 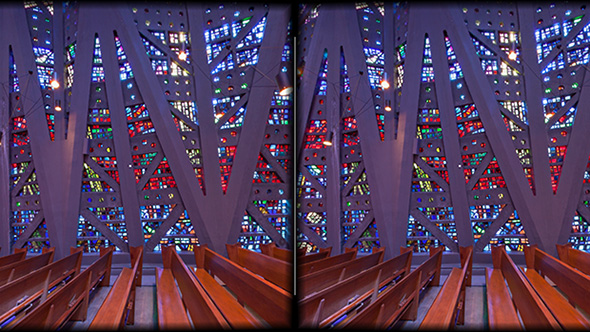 Subscribe to the Sacred Spaces of New England Newsletter: